Have you considered how much care you actually give yourself over the course of a year?

Chances are it’s a lot! Each day you’re striving, you're maintaining, continually swapping out yesterdays for tomorrows. Over time, the steps add up. At quip, we’ve been busy with the numbers — from the minutes you've brushed, to all the swishing you’ve swashed.

These we’re going to share with you — we promise — but we first want to start by saying: well done.

We remember January like it was yesterday. Don’t you? With a fresh year ahead, a noggin full of optimism and the zeal for a brighter, better you? Up to then, it was clear what having a healthy mouth meant — how vital it is. Like tying your shoes!

It was just, you know, a task that slipped through the cracks occasionally. Maybe a brush session missed here and there, or floss that went missing and never got replaced. And it wasn’t like you were outright neglecting your mouth.

When was the last cavity, like a year or two ago? On the whole, pretty good!

Still, when the news broke that oral health is a deciding factor in better dating outcomes, “pretty good” didn’t seem quite so flattering. Especially with the dating game on your bucket list.

So you resolved to do better. You found the missing floss, got a fresh set of bristles — that sleek, all-black affair that literally rewards your brushing. And, my, the progress you’ve made!

You’re consistently doing twice-a-days, hitting all the quadrants and grabbing all the points.

Or what if brushing or flossing wasn’t the hang-up but that third component for top oral care? Mouthwash.

You’ve tried a few different options from the shelf, which have either tasted too identical to a children's flavor or are by contrast so supremely minty. So it’s not your thing.

You open a page, comb the web for new options. And then you find it: The Truth About Mouthwash. Information would seem confidential or known only among dentists, here out in the open. Cosmetic rinse vs. therapeutic. Alcohol vs. non alcohol-based.

More clicking, more scrolling, only to discover the rinse that held a spot on Times’ best 100 inventions in 2021. So you bite your lip and place a subscription. Surprisingly, you love it (maybe even adore it). Zero burn, flavored well — compelling in a way other rinses haven’t been somehow.

Maybe the way the bottle actually adds to the look of your bathroom rather than undermining it?

Who knows, who cares. This one’s yours.

Meanwhile, to keep things even tidier between the teeth, we used a cool 17,491 miles of floss. Roughly the same distance between New York to New Zealand and back!

Perhaps you’ve never had much trouble keeping up with the essentials.

You’re a busy beaver, a high performer across the day. But that doesn’t mean you let life get in the way of health. Your friends call you a wellness whiz, you call it one ounce of prevention at a time.

You brush, floss and rinse as routinely as there is traffic occupying both ends of the workday. You even keep tabs on the freshest dental drops. Daily care aside, you know that tingly tooth along your bottom right isn’t something you should be looking past.

Still, when “job well done” are the words you pretty much count on hearing from your dentist, isn’t it more likely the pain’s just a fluke? (Your last cavity was how long ago afterall?) You decide to give it another week and play it by ear. That game goes on for a while, the tingling remains.

September comes — and with it, the latest drop about how optimal oral care can't begin until we start listening for it. That has your ear. Next thing you know you’re reading around the body’s care signals, how mindfulness informs physical wellbeing.

A sign from the stars? Doesn’t matter. What does: making time for what counts.

A brush, some floss, a bit of rinse.

Three of a hundred or more things you’re handling in a given day, and yet look at the North Star you’ve made out of them! Rather than going through the motions, you pivoted — saw the commitment your mouth needed and made it happen.

You’re moving the needle toward a more orally optimal you and making no concessions to get there. (We see that flash in your eye!) What comes in the year ahead is anyone’s guess, but with the bar for oral health raised that much higher, thanks to you, it’s already looking brighter.

Find out how we’re going below the gum-line to make mouths flourish for 2022. 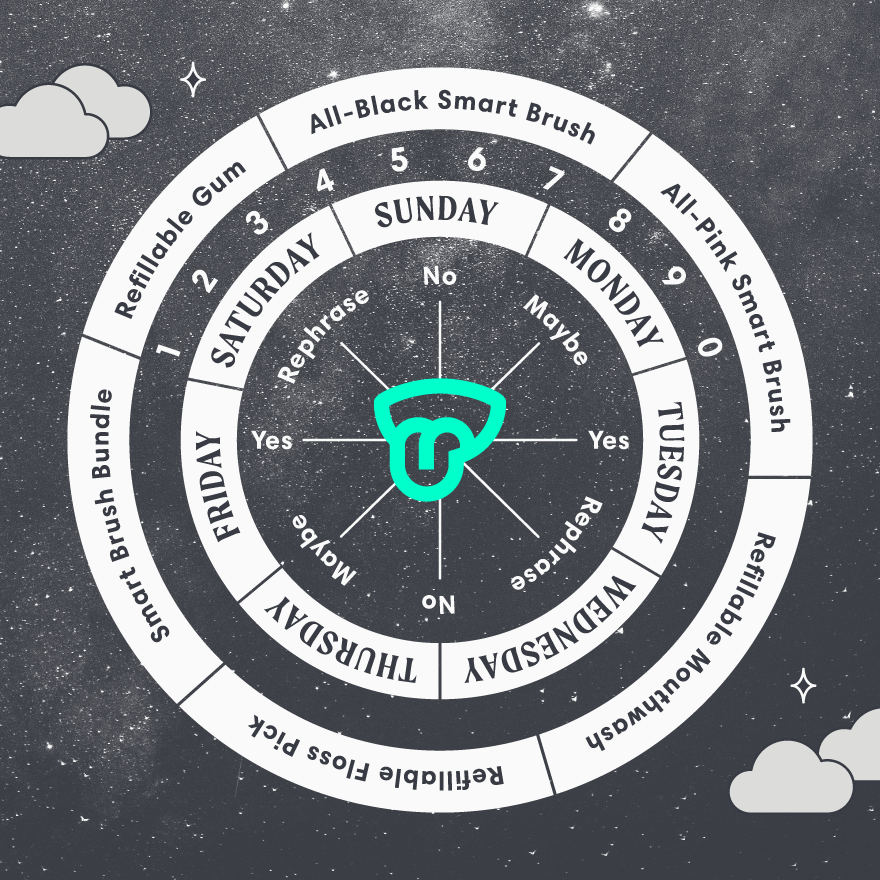 TalkOptimal oral health can’t start until we begin listening for it! 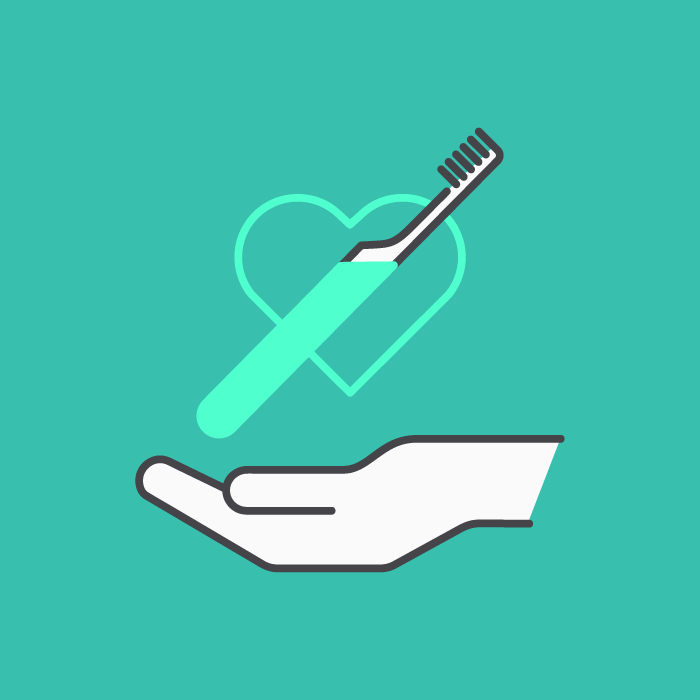 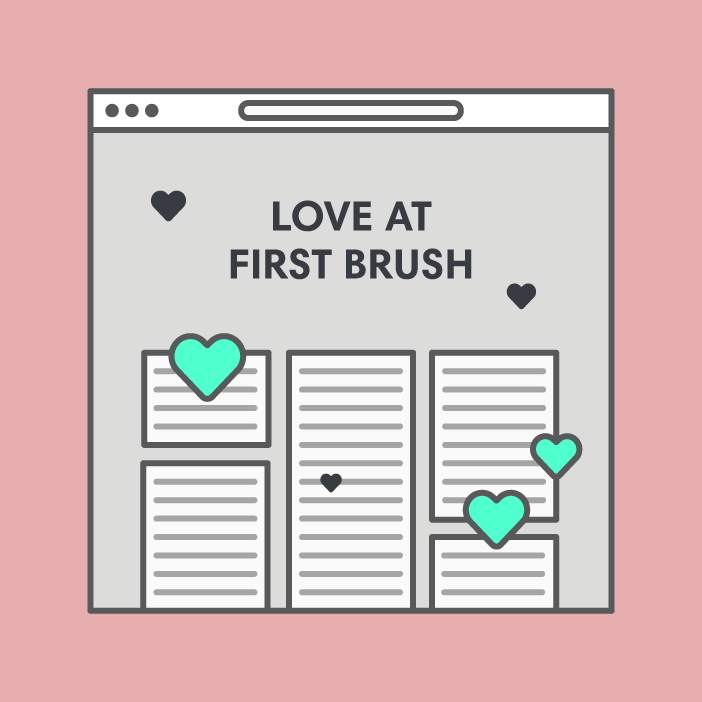